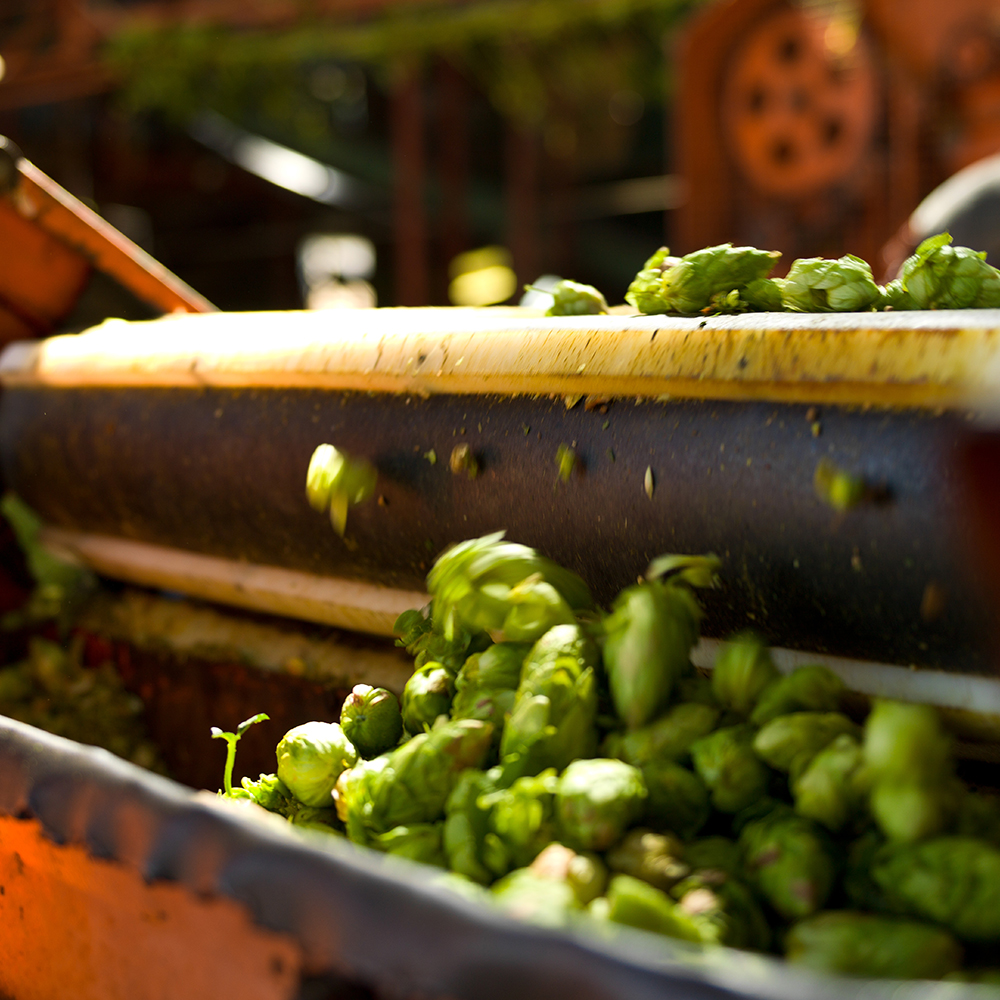 For crop 2013, the area harvested was 449 hectares, a decrease of just 3 hectares from crop 2012. With approximately 20% of our production area occupied by 1st year plantings the harvested area was a reflection of the fine growing season. A number of changes made to agronomic practices resulted in very strong growth of 1st year hops, some of which were harvested – a practice we have historically been avoided.

The area harvested, including 1st year hops, yielded 1,146 metric tonnes which is a small overall increase on the yield from crop 2012. Yields in Tasmania were at or above expectation and Victoria once again delivered a great crop, with some yields exceeding 4,000 kg/ha.

So overall, we harvested a slightly smaller area than crop 2012 and it yielded slightly more than crop 2012. A significant portion of the hop plants harvested this year were not yet mature and as such we had expected some correspondingly low yields. Due to a good growing season, and completion of all key farm activities on time, the Aussie crop yielded approximately 10% more hops than expected.

A normal winter followed by a long hot summer set the scene for above average yields of most hop varieties this season. Winter is a critical time for ensuring that the perennial hop plant banks an adequate period of dormancy to ensure natures clock is correctly set for emergence in spring – and last winter did the job well!

Early hop growth was normal across our growing regions, which allowed for all pre-season activities such as stringing and training to be completed on schedule. Favourable conditions also supported a great start for the 85 hectares of baby hops planted in the spring and early summer.

Hop growth continued pretty much as expected with the only shortfall being rain. Average rainfall across the main growing season was approximately 73% of average at Rostrevor Hop Gardens in Victoria, whilst further south in Tasmania, Bushy Park Estates received just 48% of the average. The lack of rain did not present any hindrance to normal plant development with shortfalls compensated with ample irrigation.

The well above average temperatures experienced throughout the summer resulted in the country recording its highest recorded average summer temperatures across the continent. Whilst these conditions have been associated with lower than average alpha yields in the northern hemisphere the alpha acid results from crop 2013 were above average in both Tasmania and Victoria.

As the stable weather endured right through late summer and early autumn it set the scene for a calm and well considered harvest with plenty of time to decide exactly when each variety would be harvested to maximise quality.

We continue to pursue the development and expansion of hop varieties from our in-house breeding program. Having traditionally grown high alpha varieties primarily for bittering, we have spent the past five years propagating and planting new flavour hops to partially satisfy the exploding demand from global craft brewers.

Galaxy® is perhaps the best known of the newer varieties and with a great yield from crop 2013 plans are already in place for production of this variety to again double over the coming seasons. Expansion plans are also well underway for Ella™ and Summer™, and after a great review at Brau 2012 Topaz™ is increasingly supporting craft brews with its appealing floral notes and gentle touch of sweet fruits. Newcomer Vic Secret™, characterised by resinous pine and pineapple notes, yielded very well and is now set to be launched globally. And by the time this article is printed some brewers will have tasted the next new Aussie flavour hop – Enigma® – it’s not what you may expect!