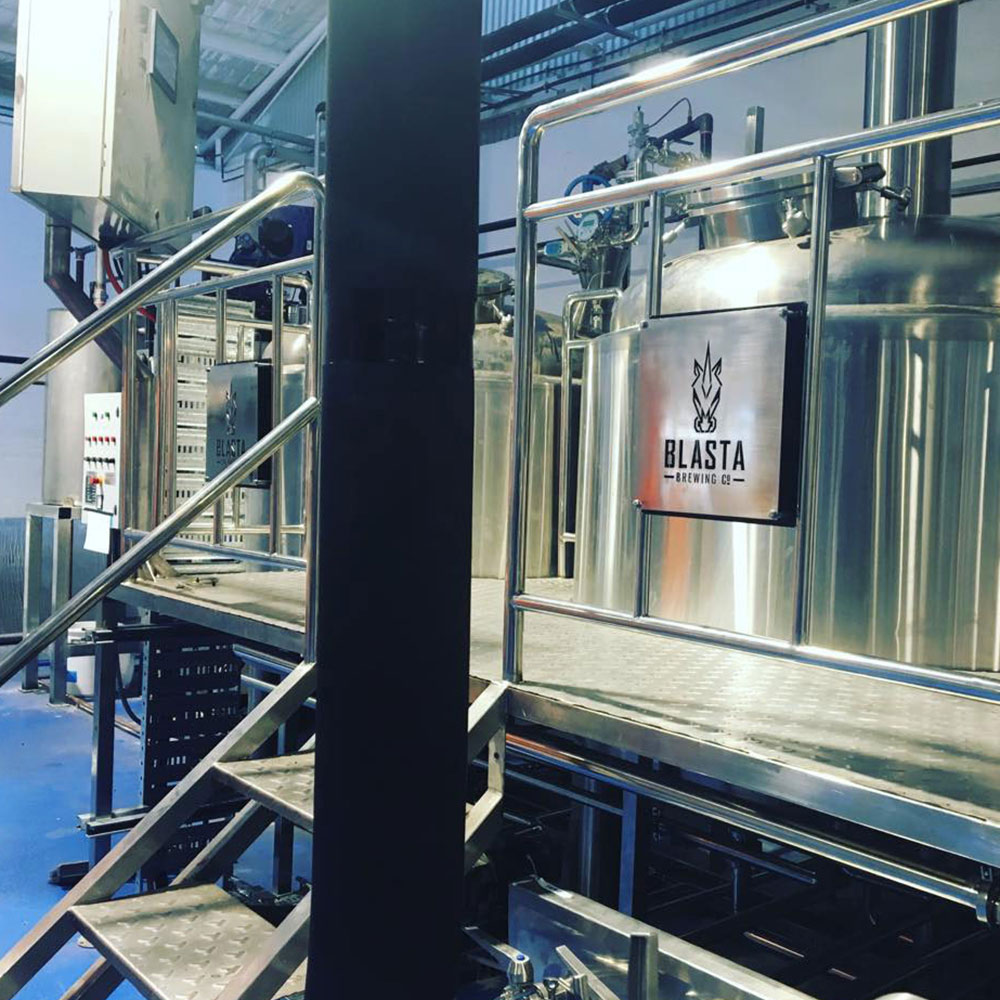 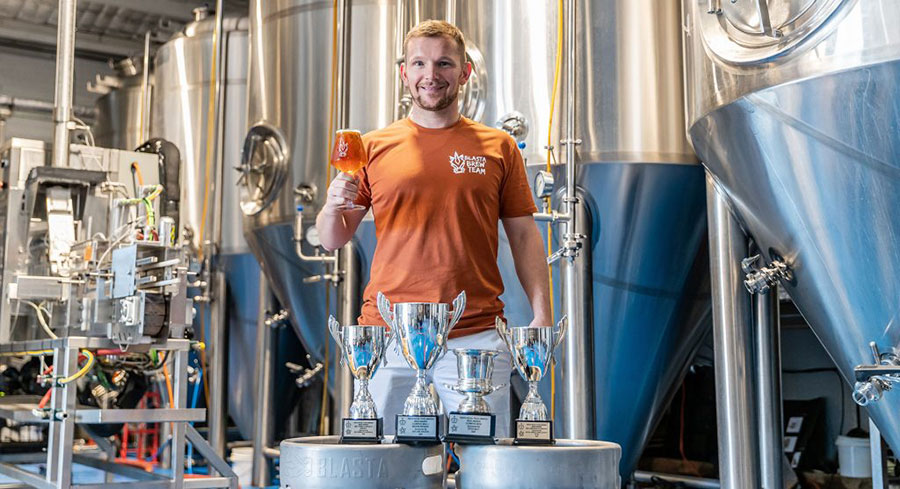 We have evolved our sales strategy so that it directly benefits WA brewers like Blasta, and are now members of the Western Australia Brewers Association (WABA) as well as supporting partners of the Perth Royal Beer Awards. The Awards is WA’s premier beer competition which continues to enjoy growth with consistently high-quality entries. This year, the Hop Products Australia (HPA) trophy for Best Hybrid & Speciality Beer Draught was awarded to Blasta Brewing’s The Rampant Raspberry. This was just one of four trophies they won, including Champion Small Brewery, Champion Beer and Best India Pale Ale Draught.

The name Blasta is a tribute to founder and brewer Steve Russell’s Scottish heritage. It comes from Scottish Gaelic and translates to ‘delicious’. Every brew, every day, they stand by their commitment to brew the most delicious beers they can. This often involves pushing the boundaries which has resulted in some world class beers along the way. We got in touch with Steve to congratulate the team and ask a few questions about what it takes to brew a Blasta beer.

Q: Congrats on your recent success at the 2020 Indie Beer Awards and the 2020 Perth Royal Beer Awards. We were thrilled to present you with the trophy for Best Hybrid & Speciality Beer for The Rampant Raspberry. Other than the obvious fact that it’s delicious, why do you think beer drinkers are really puckering up to sour beer at the moment?

A: Sour beers are really starting to take off over here, and it’s no surprise considering the warm sunny days we are lucky enough to get in Australia. They aren’t new, however, some of the newer beer styles are giving non-beer drinkers an appetite to try them. Our Rampant Raspberry really reminds me of my childhood, spending the summer holidays berry picking for pocket money. I’m sure we ate as much as we picked though.

Q: You also won Champion Beer for Chainbreaker. Can you tell us the story behind the name of this sensational IPA?

A: The unicorn representing Scotland in the national coat of arms was always depicted with a chain around its neck as this symbolises the medieval belief that it was a strong, untamed animal. Our brewery logo is a geometric unicorn, and Chainbreaker is a double dry hopped IPA that is jam packed full of deep citrus flavours and aromas that we believe fit the bill of breaking chains.

Q: There was an increase in medal winning IPAs and pale ales at this year’s Awards. What do you think is driving brewers to continually produce these expressive, hop-forward beer styles?

A: As one style takes a back seat, you see other styles come forward to carry the mantle. This is mainly because consumers are simply looking for some variation. We’re often asked what our favourite beer or style is, but it changes week to week depending on circumstances, weather, etc. The wider trend is similar.

Q: Blasta use only the freshest and highest quality ingredients from wherever they can be found. What’s the greatest lengths you’ve gone to source a particular ingredient?

A: We recently brewed a beer that had a considerable amount of Scottish Heather Honey in it. It was extremely difficult to get into Australia, let alone WA which has some of most stringent import restrictions in the world, but the end product was unique and fantastic. We’re willing to go to these lengths for our customers every time.

A: We really enjoy quite a few varities, including Galaxy®, Vic Secret™ and Azacca®. More recently, we’re experimenting with some new NZ varieties which we are looking forward to releasing.

Q: We recently appointed Brad Nolen as your local sales rep. Are you enjoying having him around? And is he making a positive impact on your hop procurement process?

A: We enjoy having Brad over here in WA. It’s great to have more personal service, with him being able to drop in, catch up, and see how we’re doing. It’s also what led us to collaborate on the Eclipse® Mixed Pack which we were excited to be part of.