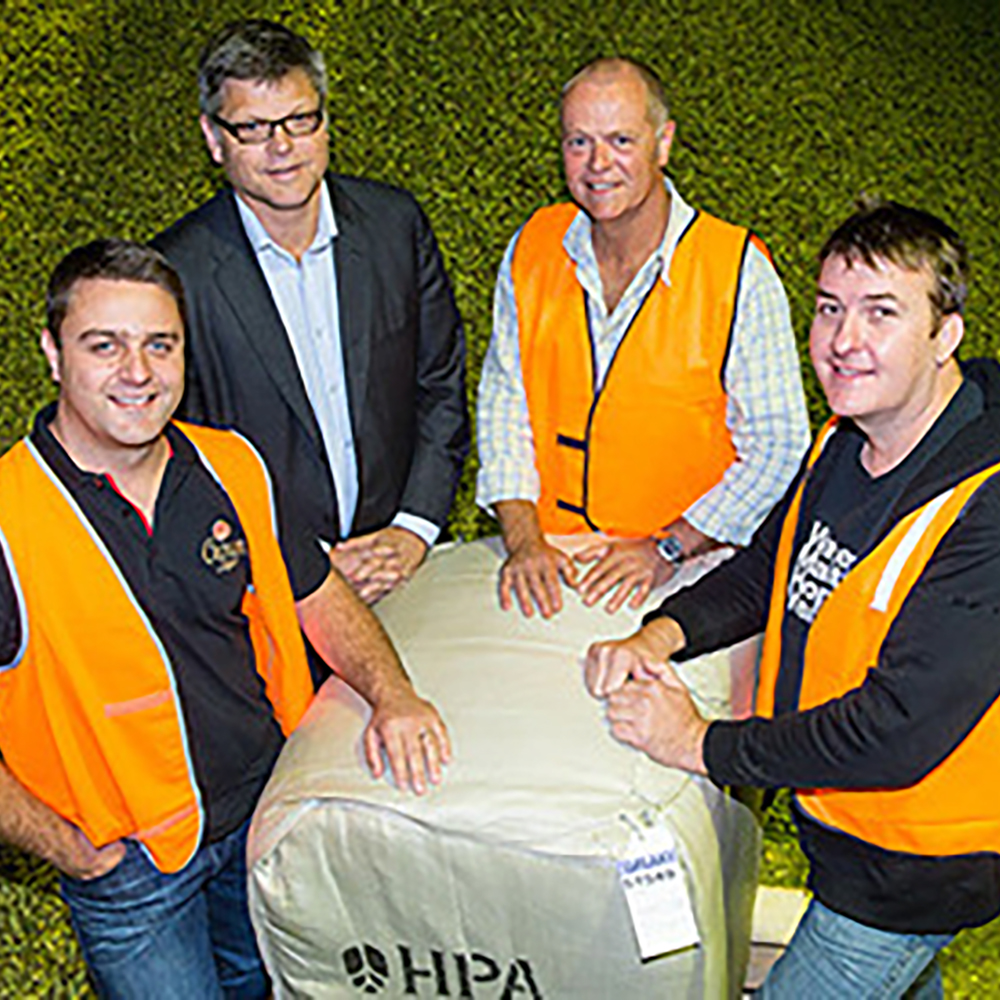 HPA and beer industry come together to support beyondblue

After nearly two weeks of constant bidding, the gavel came down on our inaugural 2014 Premiere Crop of the Hops online charity auction on March 13, 2014 with a total of $10,000 raised for beyondblue: Man Therapy.

Thanks to a phenomenal effort from local and international brewers who were keen for a slice of 2014’s first bale of Galaxy®.

Weighing in at 100kg, the bale was split into 10 x 10kg lots and won by seven brewers who collectively bid more than four times the bale’s market value.

Our Galaxy® hops will be travelling all over Australia to reach their breweries with one package heading all the way out to San Francisco for Far West brewery to work their magic.

While accepting the cheque at Bushy Park Estates last Friday beyondblue spokesperson Greg Barns spoke a little about the cause.

“Man Therapy is aimed at bringing men up to speed about depression and anxiety via the great Australian tradition of using humour to deal with tough issues. The website is hosted by the irreverent, man’s man Dr Brian Ironwood, a fictional character who urges men to take charge of their mental health and get their life back on track.”

We can’t wait to see the auction come to life when we’re lifting a glass of beer brewed using 2014’s first Galaxy® – truly paddock to pint!