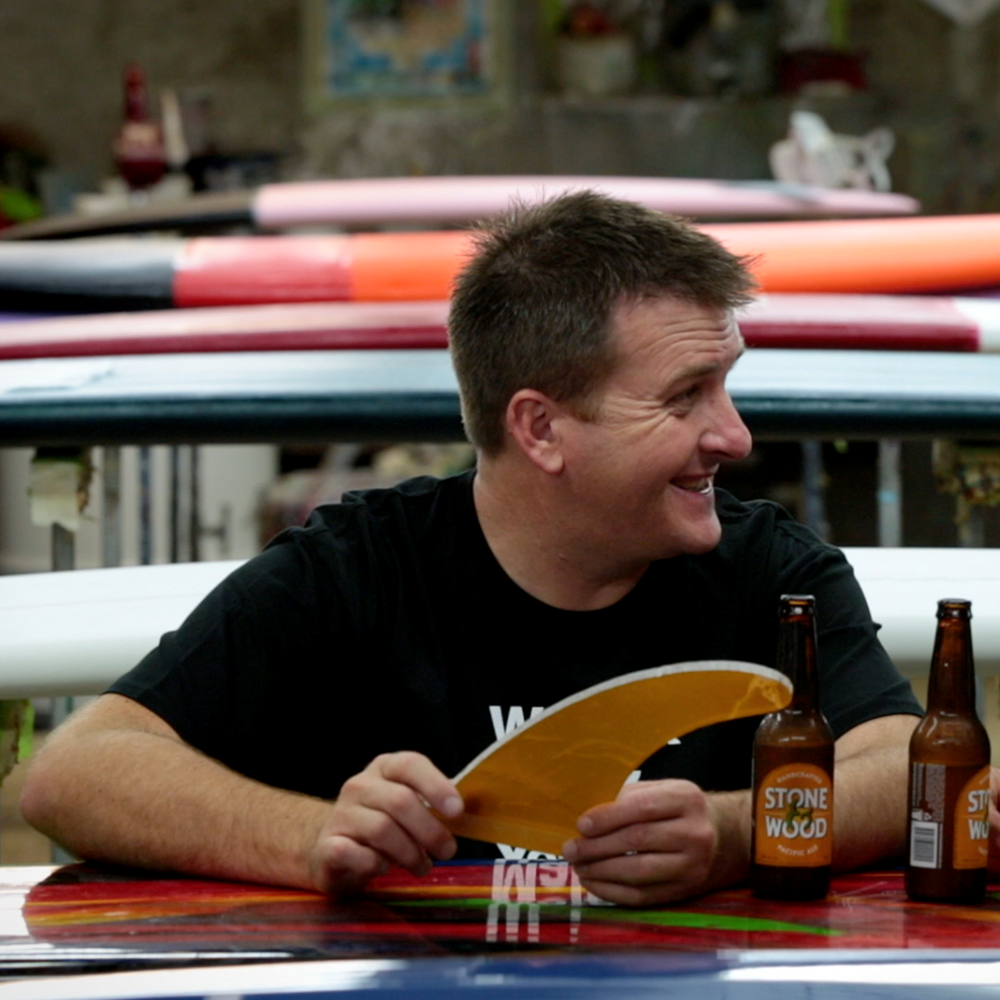 High in oils and bitterness, Brad describes Galaxy® as an “all-rounder you can use as a bittering hop early in the brew-house kettle and also late in the fermenter to get the aromatics, where it has a very floral, tropical flavour of passionfruit and paw paw”.

By no means a hop monogamist, Brad enjoys “the fruit salad of different hops” from our gardens. Stone & Wood’s Garden Ale limited release offers a real opportunity to experiment with the hops. When using Summer™ and Ella™ he found they have a very aromatic, strong oil content which pulled flavours out that people can really detect.

Brewing since the early 90s, Brad’s crafted a number of brews allowing him to experiment with many different hops, malts, water and yeasts. Brad prefers to let the hops express themselves individually, so you really get a sense of the hop characters.

In Brad’s fridge right now, you can find beers from the UK & Germany after a recent trip to the other side, including Fullers and Camden Brewery beers, as well as some home grown Stone & Wood Pacific Ale and Stone Beer. You’ll find Brad and his fridge in Byron Bay, living the dream.