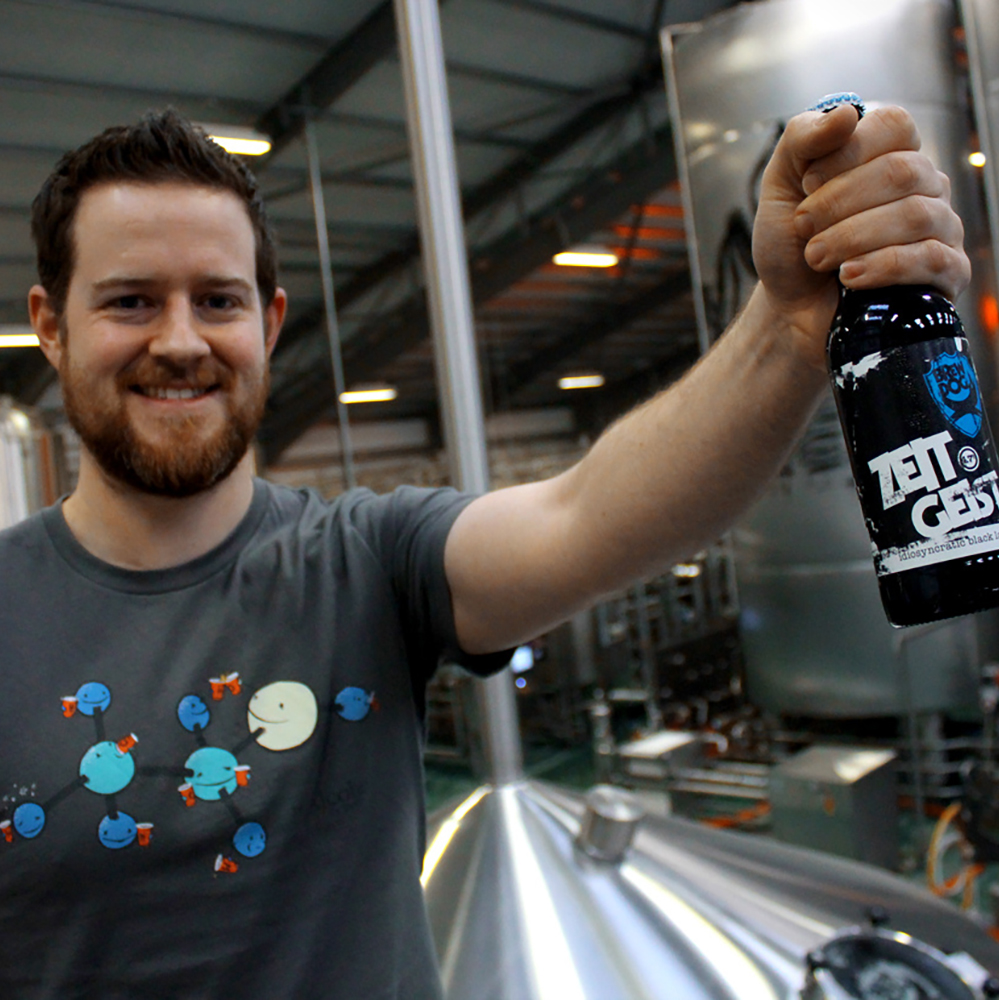 John spent time at Fuller Smith and Turner as a Junior Brewer and Quality Control Technician before cutting his teeth at Little Creatures. Now, he’s back in the Northern hemisphere, this time in Scotland, working as a senior member of the BrewDog team.

Having travelled our shores, we feel John’s got a good handle of what Aussie hops are like, but he hadn’t seen them take off until the Galaxy® craze started a few years back. “It’s been a defining move for the image of Australian hops and really helped put them on the radar of craft brewers everywhere.”

“UK drinkers went mad for Galaxy® when it first came out. Aussie hops have a tendency to deliver juicy passionfruit and zesty tangerine-style notes that give a good bite – they’re unlike a lot of other international varieties. The Vic Secret™ IPA is a new beer from BrewDog that will hit the market in the next few weeks; which has come out beautifully. It’s showing notes of tropical fruit and passionfruit flavours with a good resinous back bone and stone fruit sweetness.”

“We might have underestimated the capacity of this hop, which we used through all elements of the brewing process; start and end of boil, in the whirlpool and dry hopped. Heavy dry hopping gave a slight spicy and earthy after taste while maintaining a good hop punch – but dialling it back a little will allow the more delicate flavours to shine.”

“The craft beer revolution has taken hold in the UK and now more than ever UK drinkers are looking for something different. We are known for crafting beers that make you think – “how do they make it taste like that?” So it’s good to find an international hops grower that allows you to be creative but still make a great tasting, commercially viable beer.”

“The brewing industry is a big community. No matter where you’re from, everyone’s really collaborative and we all serve to educate and test one another. There are some brewers who bring out beers and you just think ‘I wish I brewed it’. In my fridge at the moment are the Beergeek Breakfast, Mikkeller’s I Beat You and a big bottle of Lost Abbey Red Barn Ale. Also have a couple of BrewDog legends in there like Tokyo, Alice Porter and Dead Pony Club.”

“Unfortunately being based in Scotland we don’t have access to many Aussie beers but favourites include Stone & Wood Pacific Ale out of Byron Bay and Hop Hog from Feral in WA.”

If you’re in the UK or popping over for a visit make sure you visit John and get a taste of BrewDog’s Vic Secret™ IPA.