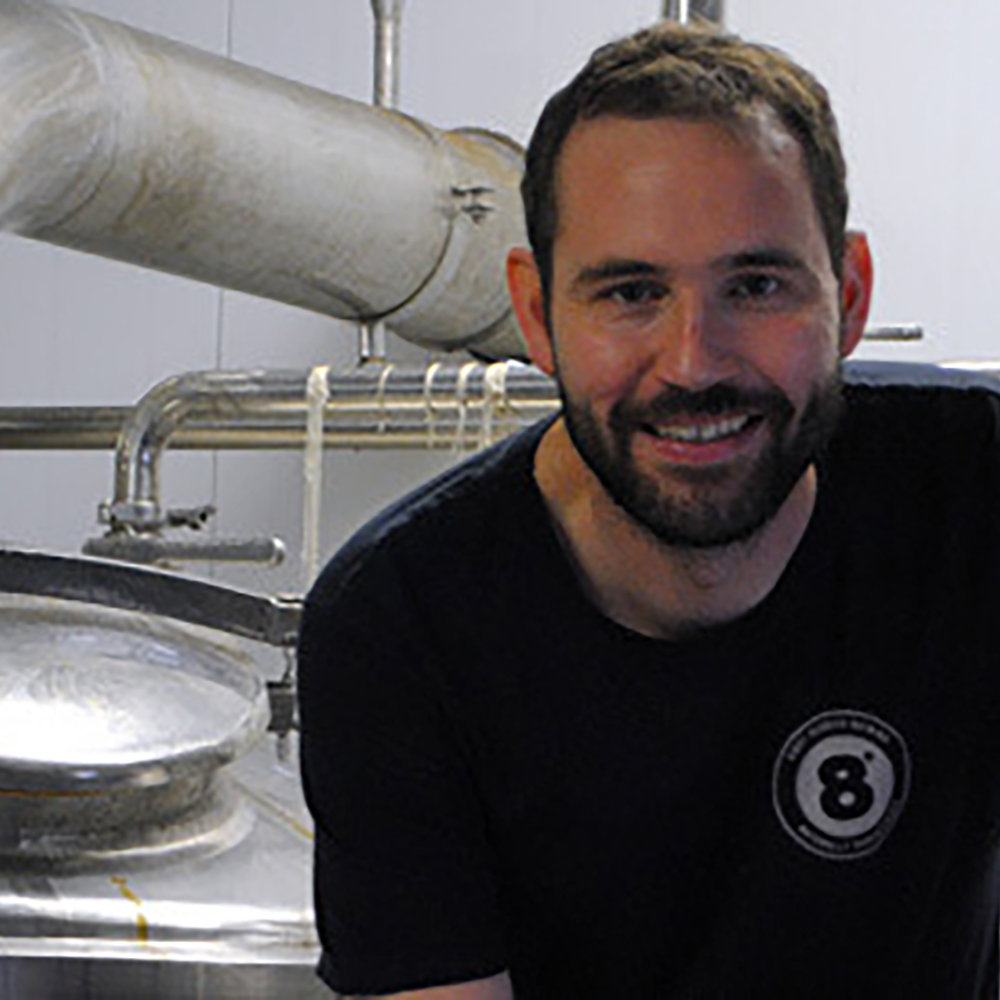 We first came across this Irishman mid-celebration at the World Beer Cup in Denver.

Eight Degrees Brewing had just taken out Bronze for their Amber Ella American Amber Ale, starring you guessed it, our hop Ella™.

As the brewing world’s Olympics, with more than 4,700 entries from 58 countries, it’s a cracking result for anyone.

In this instance, with the ale originally intended as a ‘one-night stand brew’ for a festival and the brewery only three years old, it was a particularly gratifying result.

So, who is Eight Degrees Brewing?

Owners/brewers Scott Baigant and Cam Wallace are a unique pair; a Kiwi water engineer and an Aussie accountant working in (self-described) semi-harmony, in rural Ireland.

Appointing Mike, a former chemist, as Head Brewer, the micro-brewery in County Cork has gone from strength to strength.

Over the past few years, Mike’s fallen hard for a few of our hops:

“You get a different, atypical flavour using Aussie hops – some American hops are over-used. I love working with Ella™, Galaxy® and Vic Secret™ – all are wonderful late kettle/whirlpool additions.”

Including Ella™ and Galaxy® in his Amber Ella, Mike was, “…delighted with how it turned out, particularly seeing the way Ella™ and Galaxy® interact. Both have tropical fruit notes but the Ella™ has a nice spicy edge which tempers the Galaxy® beautifully.”

For further proof of how delighted the boys were, check out Cam’s ode to Ella™ below…

“It was one of the best beers we’ve ever produced. Galaxy® and Vic Secret™ work beautifully in black IPA’s when you’re looking for an intense tropical fruit hop bomb to lighten the dark malts.”

If you’re keen to get your hands on a few of these ales, hopefully you won’t have to wait long.

The team are working to expand their current site in Mitchelstown with some quality second hand equipment they secured from Mauritius, off the East coast of Africa.

A spot of crowd funding is helping them bring it over to Ireland where they’re hoping to expand their production volumes so Cam can see his brews being enjoyed back in his homeland.

Amber-Ella is an enigma. She is that casual glance in the street that makes your heart beat.
A free spirit, a whirlwind of excitement and allure,
She exudes confidence but is a mystery of intrigue.
She’s a roamer, nomad, wanderer, vagabond, call her what you will.
She’s like the wind, and will take your breath away.
She is the opposite of our faithful wet weather companion, the umber-ella
Don’t try and hold on to her, set her free and enjoy the moment.