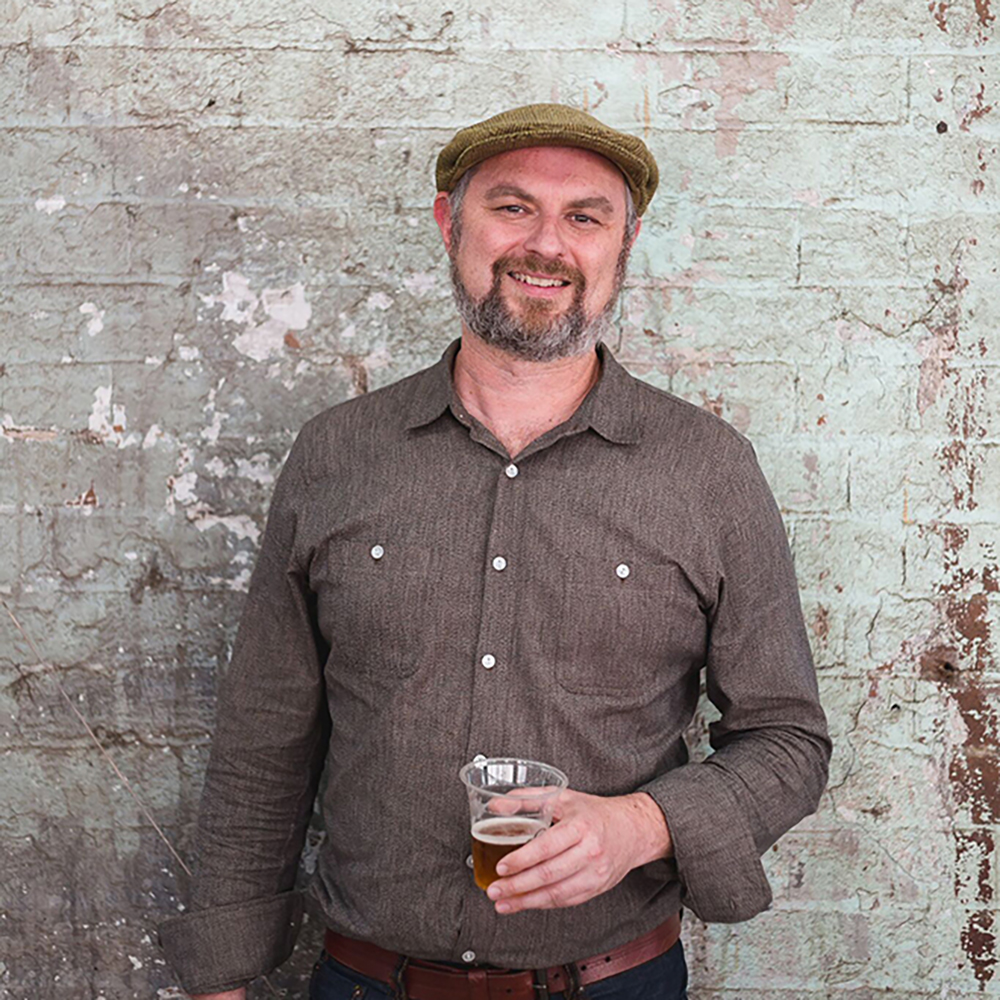 You’d think we’d be talking about beer, but Richard Adamson is known for his experimental beers and collaborations with rock stars, so you never know what you’re going to get.

When we called to have a chat about Young Henrys recent award we ended up on gins, specifically hopped gins.

First up, the award. Richard was one of only ten brewers from around the world invited to the UK by JD Wetherspoons to brew with a local for their Spring 2014 International Real Ale Festival.

Joining forces with Simon Yates, Head Brewer, Banks Brewery in Wolverhampton, they brewed an Australian homage to the English Bitter – essentially “selling ice to Eskimos” as a recent piece in the Daily Telegraph put it.

To put a uniquely Aussie spin on the classic style Richard used three of our hops, Galaxy®, Ella™ and Topaz™.

The Young Henry’s Real Ale took out not only Best in Class but also the Gold Medal as best overall beer for the festival from a field of 40 UK and international entrants.

“The reaction to our Real Ale over in the UK has been phenomenal – the hop flavours are what everyone’s talking about. Particularly on UnTappd – they’re getting so excited” said Richard.

When we asked Richard on his top tips for brewing with our Aussie hops he said “Play with them. Experience them. The flavours are difficult to get a handle on just by reading the description, you need to trial them.”

Now back to the Gin – always interested in trying new things, Richard loved that our latest flavour hop, Enigma®, doesn’t taste like any others and to differentiate it even more he popped it in a gin.

“Almost Pinot Gris like in the Gin, Enigma® shows real grape-like, fruitiness. This hop nailed it from the get go” said Richard.

After maceration of native pepper berry and bush tomato, the alcohol vapour passed through the hop flowers picking up the full spectrum of Enigma®’s flavours but none of the bitterness.

Folks at TedX in Sydney recently were lucky enough to try it – unfortunately it’s not available for sale but we’ll be sure to keep you posted if anything changes.

Just to bring things full circle, the Young Henry’s Gin has inspired the team’s entry into the Great Australasian Beer Spectapular – look out for their entry once again using our Enigma® this time with juniper berry, coriander and orange peel.