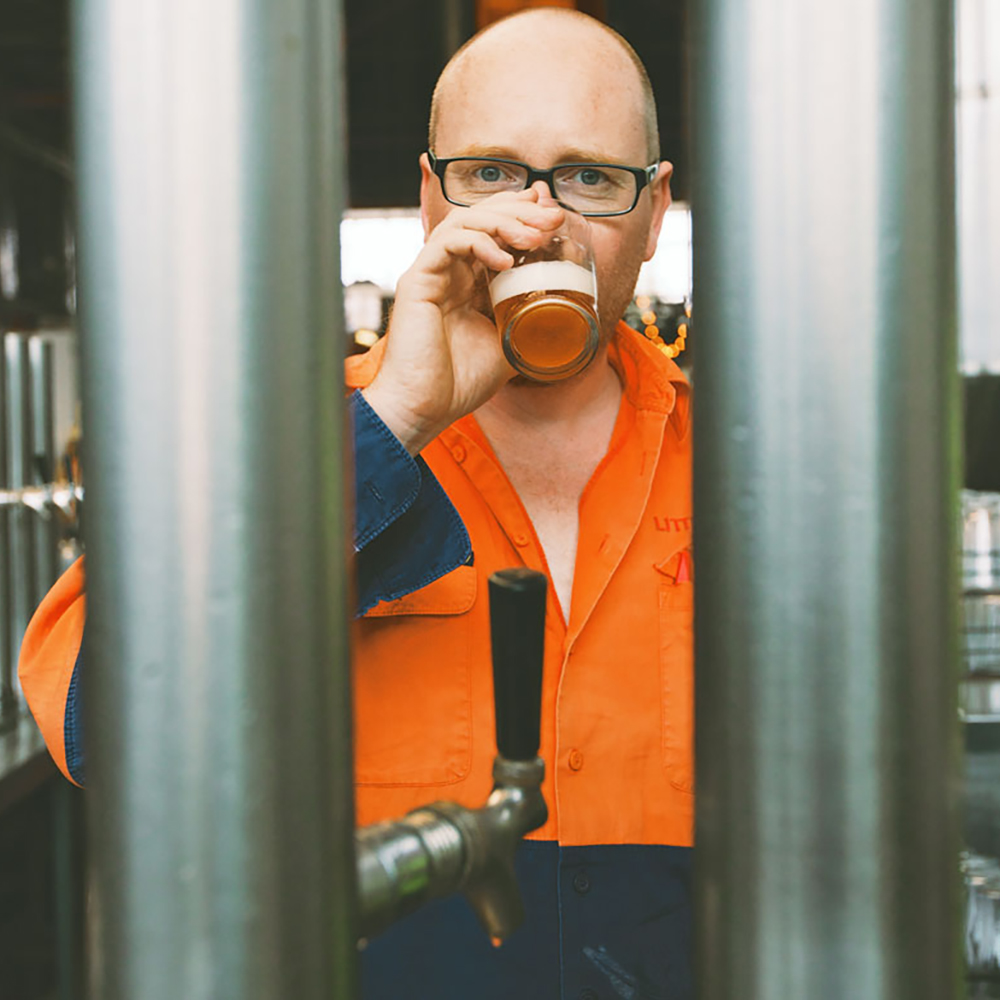 It’s a job where tasting new beers, exploring the world of craft for creative guidance and playing with hops is mandatory – making it, some would argue, the best job in the world.

“Hops behave differently in different styles and produce different characteristics…it’s about pairing the right hop with right beer. It’s only after a number of years you get a good understanding of the individual hops. As with any good craftsman you learn about the raw materials through time, practice and playing”.

He’s also pretty excited about Vic Secret™, having tried it in the Pale Ale. With the recent arrival of its first commercial hop harvest; he’s looking forward having more of a play, and we’re looking forward to tasting the results!

One of his favourites brewed with our hops is the Little Creatures Brown Ale. Russ wanted an autumnal beer, so created one using rye malt and Topaz™ leaf hop. Until then, he’d never used Topaz™ but was really impressed with how it suited the beer, describing the hop as “a real pleasure… a cracker”. Can’t get much better than that!

When Russ designs a new recipe, he goes with a feeling about what will work, but while a new recipe always looks good in paper, it’s not until you brew it and taste it that the real work starts. When playing with hops, he often starts by dry hopping as this brings the hop to the forefront.

You will find Russ’ playground, the Little Creatures Fremantle Brewery in, yeah you guessed it, Fremantle, WA.