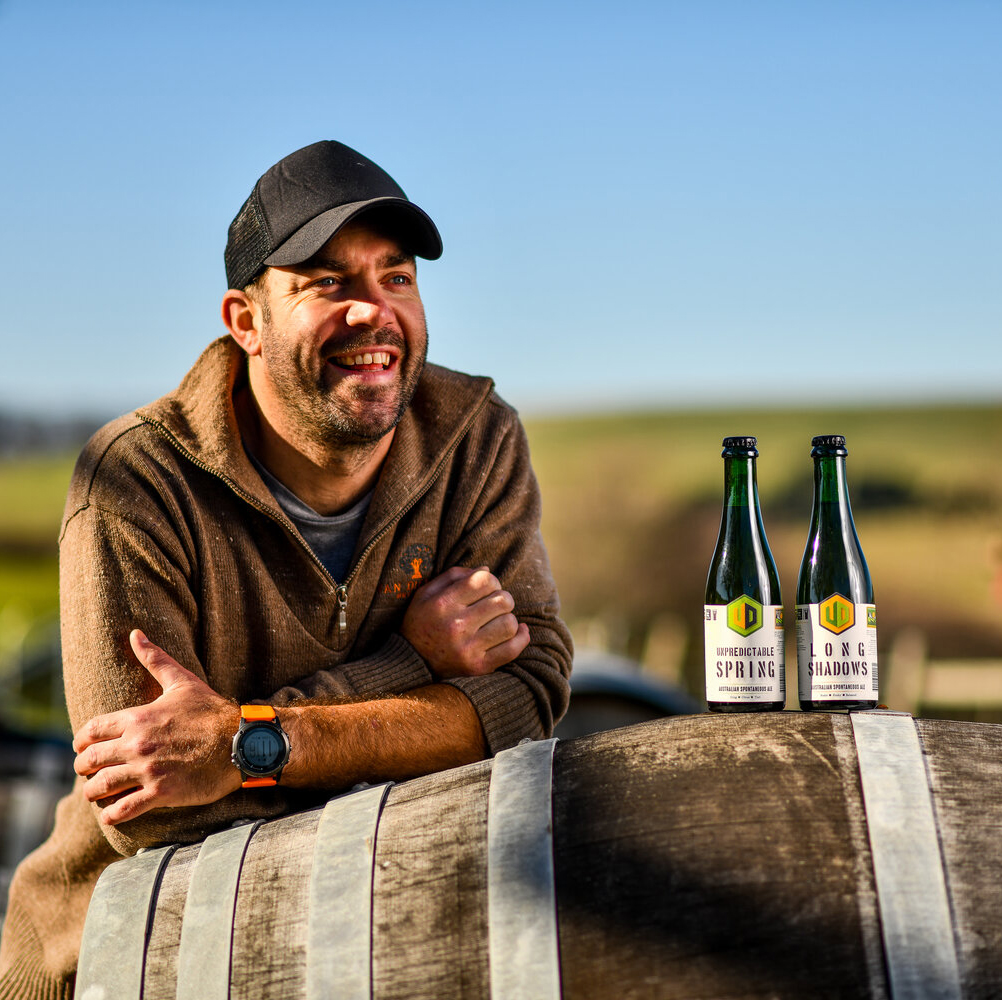 Yep, this guy wears a few hats. But still he found time to be the first to trial our new girl, Enigma® alongside our Sales and Marketing Manager and former brewer, Owen.

Will first started working with our hops a few years back when he updated the Van Diemen Ragged Jack Pale Ale around our Galaxy® flowers.

“The great results have seen us now using 100% HPA hops, and we couldn’t be happier”.

Naturally this made him a great choice to be the first to really tackle our new hop after on-farm testing and small sensory profiling brews were complete.

“It was a huge honour to be the first in the world to commercially brew with a new hop. Establishing flavour and aroma characteristics for a new variety is at the edge of exploration in our industry.”

So what do you do when you’re the first to get your hands on a hop? Go with your favourite style – an IPA.

The boys started with a basic brew, using both bittering and aroma additions to establish Enigma®’s character.

In subsequent trials Will progressively increased both additions, keen to test the boundaries of our newest hop’s capabilities.

“Consumer feedback is always a critical component in testing. Fortunately we’ve had nothing but favourable comments from a broad range of drinkers.

Most pick up on the fruity nature of the beer – it showcases a soft bitterness with a rockmelon, grapefruit aroma and flavour.”

As for Wills tips on using our hops? He prefers using flowers over pellets.

“Despite being a little more work to brew with, I find flowers provide more character, that we can’t seem to replicate with pellets.”

Van Dieman received nearly the whole 2013 crop of Enigma® and with their cut of the 2014 crop they’ve just brewed the Jacked Up IPA for Hobart’s Jack Greene craft beer bar.

“Given the initial positive results from Enigma®, I expect it’ll become really popular with Australian craft brewers in the next few years.”

If you’re as keen to taste Will’s new brew as we are, you might need to take a trip to Tassie – at the moment Enigma Pale Ale is available at the Rosevears Hotel just north of Launnie, and Preachers Bar in Hobart, and the Jacked Up IPA will be launched at Jack Greene at the end of June. Good excuse for a visit!