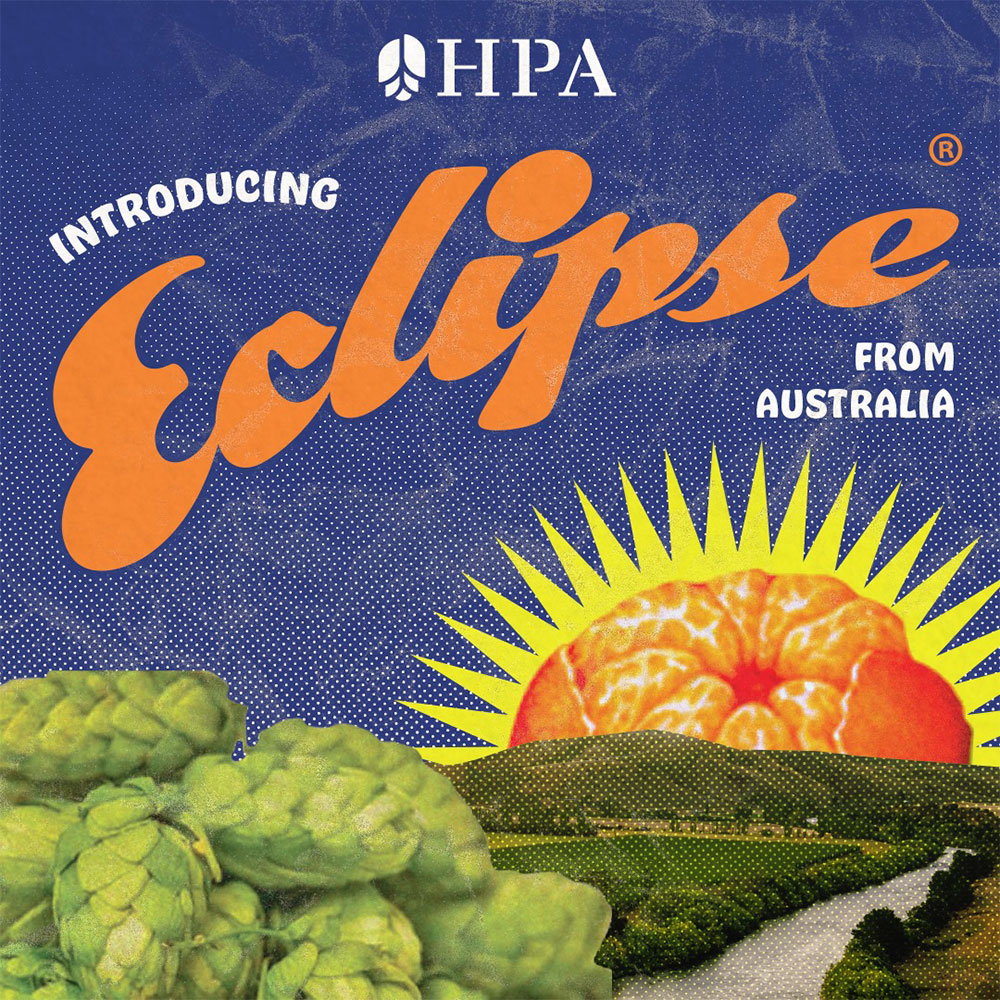 It’s another exciting addition to our portfolio of uniquely Australian flavour hops that already includes world renowned varieties such as Galaxy®, Vic Secret™, Ella™ and Enigma®. Sales & Marketing Manager Owen Johnston says “the addition of Eclipse® is an important step toward even greater choice and diversity for brewers that will lead to sensational flavour outcomes for beer drinkers.” Eclipse® is currently only available in commercial quantities in Australia, but will start to reach the rest of the world in commercial quantities from crop 2021. Stock will be limited for the first few years while we sustainably scale up production. Forward contracts are encouraged to secure your supply.

To celebrate the commercialisation of Eclipse®, we teamed up with Beer Cartel, Australia’s #1 online craft beer store, and a bunch of local breweries to make a special mixed pack. It will include 12 tasty beers starring our latest creation from the likes of Blasta, Deeds, Hop Nation, Moo Brew, Mountain Culture, Mr Banks, Newstead and Two Birds. The Eclipse® mixed pack will be available to beer drinkers across Australia through Beer Cartel’s online store. Since Eclipse® sits firmly in the fruit quadrant of HPA’s Hop Flavour Spectrum it is well suited to fruit-forward beer styles, so you can expect a bit of everything from high impact hazy NEIPAs to lighter well-balanced IPAs. Ash Hazell, Head of Brewing at Colonial Brewing Co, used Eclipse® back when it was still an experimental hop called HPA-016. He says “the best beer I ever brewed was Pioneer. It was a 7.5% IPA using a foolish amount of whole HPA-016 hops in the hop-back and dry-hopping. The full spectrum of hop character we extracted was unreal.”

Eclipse® was first developed by HPA’s hop breeding program in 2004, but its ancestry can be traced as far back as 1915. The subsequent generations of cross pollination featured varieties such as Fuggle, Brewer’s Gold, Comet and Pride of Ringwood in the Australian environment.